“I will not take or knowingly administer any harmful drug.”

This is a line in the Nightingale Pledge—a statement of the ethics and principles of the nursing profession, written in honor of one of the world’s most famous nurses. Many nursing institutions recite updated versions of the pledge at graduation ceremonies. While this statement may seem like a given to any competent medical professional, or, really, to all of us, it’s not always obeyed.

If you’ve been following local and national news, you may have heard of the recent possible hepatitis C outbreak here in the South Sound. To us at Evergreen Personal Injury Counsel, this is more than just a shocking new story. My team and I are representing one of the victims in this case. 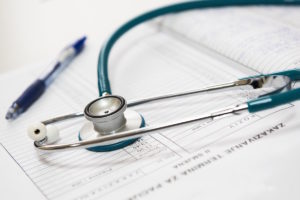 What You Need to Know About the Case

Cora Weberg, a nurse who worked at Puyallup’s Good Samaritan Hospital, is linked to the possible outbreak of hepatitis C. Authorities allege that Weberg siphoned off injectable fentanyl and hydromorphone that were meant for her patients. They claim that she first used the needle to inject herself with the drugs, then used the same needle to inject the rest of the medication into patients.

At least two people have been infected with hepatitis C as a result. Hospital records show that they were both previously treated by Weberg. In response to these allegations, Good Samaritan Hospital is currently testing thousands of former patients. Patients who received injections while Weberg was on duty between August 4, 2017 and March 23, 2018 are being tested.

Weberg was arrested on May 3 and released the following day. No charges have been filed as of yet, but police are continuing their investigation. Weberg’s nursing license has been suspended by the state. In a formal press conference, she claimed she did not intentionally infect the two patients with hepatitis C. However, Weberg did admit to diverting medication from the hospital for her personal use.

How This Case Relates to the Opiate Crisis

This case is a prime example of how opioid addiction not only affects the addict, but the lives of the people they come into contact with. We have seen countless lives destroyed by the opioid epidemic plaguing the state of Washington and our communities nationwide.

Washington Gov. Jay Inslee wants to declare opioid use a public health crisis, requiring state agencies to expand access to addiction treatment. While this is a step in the right direction, more needs to be done to help end the cycle of addiction. There’s an old saying that goes: “It takes a village to raise a child.” I firmly believe that it will take everyone in our community—not just the governor and state agencies—to come together to fight this devastating epidemic.

The topic of the Washington opioid epidemic has been frequently on my mind, especially as it relates to injury law. You can read my thoughts on it here.

Schedule a Consultation with Your Tacoma Injury Law Firm

While further testing is still underway, there could be many more potential victims due to the alleged actions of Weberg and the negligence of the Good Samaritan Hospital.

If you or a loved one may have contracted hepatitis C related to this case, or if you think you’ve been the victim of medical negligence, schedule an appointment or give my team a call at 253-472-6000. At Evergreen Personal Injury Counsel, our decades of experience will serve to help you seek the justice that you deserve.